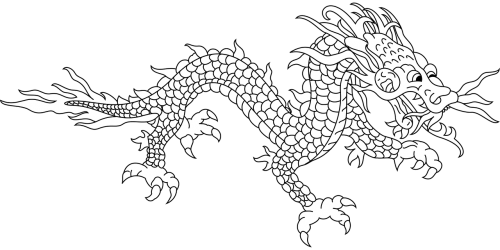 What is going on with AsiaCoin? What happened?

The original developer of AsiaCoin added lines of code to the source which allowed him to premine a block containing a significant number of coins. Some of these coins were then distributed to exchanges and sold to honest buyers and investors. This was discovered a few days ago by users of BitCoinTalk forums. When the biggest crypto exchanges found out, most of them have suspended AsiaCoin trades altogether, leaving the future of the coin in doubt.

What is your plan?

We believe in AsiaCoin. We believe that this issue can be fixed, by voiding the premined coins and not allowing them to stake or be transferred. This ensures that only valid coins can be spent in the future.

What about the pre-mined coins already sold to people?

We could have invalidated them, but we believe it will only harm the honest people who bought the coins (or the people only sent their valid coins to exchanges to see them replaced with pre-mined coins when they withdrew). The original developer has already made his fortune from these dumped coins, and there is no reason to invalidate them now.

These coins will remain valid, spendable and able to stake. This means that the overall number of coins will be increased by around 30 million.

Is the 100% staking for the first year going to remain the same?

We are still debating it on our BitCoinTalk thread. So please head over and share your opinion with us!

When will you release the new fix for AsiaCoin?

The Windows v2.0 wallet has been released to general public after releasing the upgrade to all exchanges first. Mac and Linux wallets are currently on the way and will be released shortly.

Is the coin still going to be called AsiaCoin?

How can you make sure that there are no other hidden surprises in the source code?

We are verifying every single line of code, and every single block to ensure that the code is safe and there are no more hidden surprises. We invite everyone to do the same too.

Is the source code available?

Yes, the source code is on GitHub.

What is wrong with the wallet links on the main page?

The links for Mac and Linux wallets will be linked once the v2.0 wallets are ready.

Do you need help?

Yes we do. Whatever your skills are, if you are a developer or someone interested in marketing, or social media, we all can use your expertise. Please head over to our community. Our donation details are also available in the first post there.

What is this PoS thing you are talking about?

Proof of Stake, for more information read the Wikipedia Article or the Bitcoin Wiki article on it.

How does PoS work?

PoS can only be done by an unlocked wallet. In the client it is called ‘Staked Mining’. As soon as you unlock your wallet (there is a difference between encrypted & locked) the stake miner will start. You will start to see coins being moved from your balance to your ‘Stake’ balance. Coins will not be lost. After a while you will start receiving transactions with your earned interest.

I have a line called Stake in my wallet?

Stake in a PoS coin is the same as Immature for a PoW coin. Everytime a PoS block is generated some of your coins + the earned interest is move to your Stake balance. It will take 520 confirmations to confirm, after which the Stake amount + interest will be moved back to your balance.

I have a line ‘Staking suspended due to locked wallet’ in my wallet?

You are not PoS mining due to your wallet being locked. To unlock it simply go Settings -> Unlock wallet. Type your passphrase to unlock your wallet!

How to lock my wallet?

Go to your Debug Window and then open the Console.

Do I have to let my wallet open for PoS to generate?

No, you won’t have to keep it open all the time. PoS will be generated after holding your coins for at least 8 hours in the wallet and your coin-days will not be lost during the wallet being locked. As soon as you unlock your wallet the miner will start and if your coins meet certain requirements you will be getting PoS blocks based on your coin-days generated.

Note that you will not generate stake if your wallet is locked, but it will resume once unlocked. Also keeping the wallet open and generating stake secures the network as it will replace PoW mining and is much more energy efficient.

Do I have to wait 1 year for the 100% compound interest to arrive?

No. You will be eligible for PoS every hour, and in total you will receive a 100% interest on a yearly basis. However, if you move your coins, it will take another 14 days to make them generate PoS blocks again.

I’ve kept my wallet open for days and still no stake.

This could happen, PoS works like a lottery and not everyone will receive their interest every hour. You WILL receive your 100% on a yearly basis, it just may take a little while.

How many coins will there be?